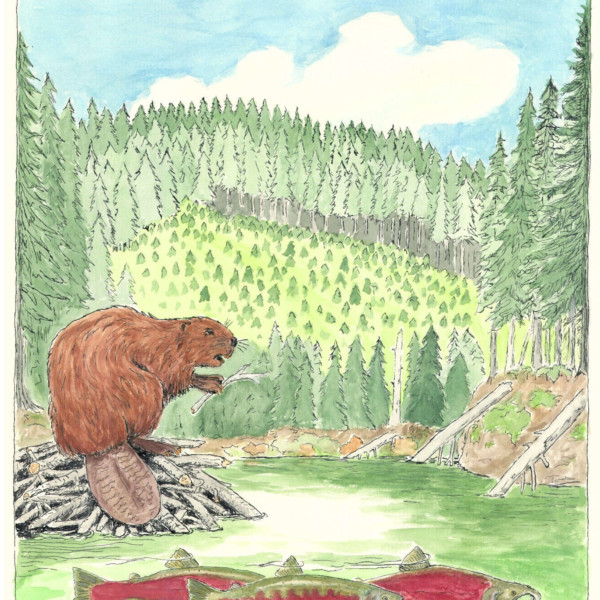 If you live in Oregon and pay attention to the news, you’ve probably heard about an historic agreement between the timber industry and environmental advocates that the state Legislature recently passed into law. Known as the Private Forest Accord (PFA), the agreement forms a comprehensive set of changes to the Oregon Forest Practices Act, and is the result of months of negotiations facilitated by Gov. Kate Brown in which Roseburg Forest Products directly participated.

Negotiations started in early 2020 when a delegation of Oregon timberland owners and conservation groups began working together in mediated sessions to update the state’s Forest Practices Act based on best available science. After nearly two years of work, the group reached agreement on Oct. 30, 2021, in a move heralded as the end to the “Timber Wars” waged in the Legislature and the ballot box over the past several decades. Last week, the Legislature passed three bills that emerged from the PFA, codifying the agreement into state law.

“This agreement is an investment in the long-term viability and sustainability of our industry in Oregon,” Roseburg President and CEO Grady Mulbery said. “Through the Private Forest Accord, we minimize the risk of unscientific ballot measures and never-ending bills before the Legislature in favor of long-term certainty that allows us to maintain our commitment to our timberland resources in this state.”

Roseburg was a key player in the negotiations from the beginning, with Eric Geyer, Roseburg’s Director of External Affairs and Strategic Business Development, among the six timber sector representatives at the negotiating table with representatives from five conservation organizations. Ultimately, 11 industry companies and the Oregon Small Woodlands Association, together representing a total of roughly 10 million private acres in Oregon, were joined by 13 conservation groups as signatories to the PFA.

The new rules are a significant compromise for Roseburg and other private timberland owners in the state. The agreement will reduce the amount of timber Roseburg and others can harvest, and will require landowners to provide $5 million per year in funding for aquatic conservation efforts while creating significant new protections for salmon habitat.

Roseburg owns and responsibly manages approximately 400,000 acres of timberland in the state of Oregon. Roseburg is committed to managing our timberlands using the latest science to build long-term value for the company while protecting the soil, air, water, and wildlife for future generations. Importantly, the PFA protects our ability to continue to operate successfully in Oregon.

“The additional encumbrances are not without pain for Roseburg and all private timberland owners in Oregon, and that was difficult to accept, particularly because we are proud of our current practices and the environmental protections they offer,” Geyer said. “But compromise is always difficult. This process was particularly challenging given the long history between the two groups, but the outcome will ultimately provide a more stable and certain future for Roseburg and for our industry in this state.”

Updates to forest management practices include:

As part of the agreement, the state must seek federal approval for a 50-year Habitat Conservation Plan that will cover all 10 million acres of private forests in Oregon. This approval will essentially be the federal government’s confirmation that the new rules provide appropriate protection for aquatic wildlife. The new state rules will phase in over time, with stream buffers going into effect no sooner than summer 2023 and the remaining rules going into effect in 2024.

“This is truly a paradigm shift and a movement in our state’s history for which all Oregonians should be proud,” said Chris Edwards, President of the Oregon Forest & Industries Council, the industry trade organization for landowners and manufacturers. “This demonstrates it is possible to put differences aside and work together on viable solutions to tough problems. Today we leave the Timber Wars in the past and embark on a new collaborative era of forestry that ensures a future for sustainable active forest management and wood products manufacturing.”

For more information on the PFA, click here: https://ofic.com/private-forest-accord/